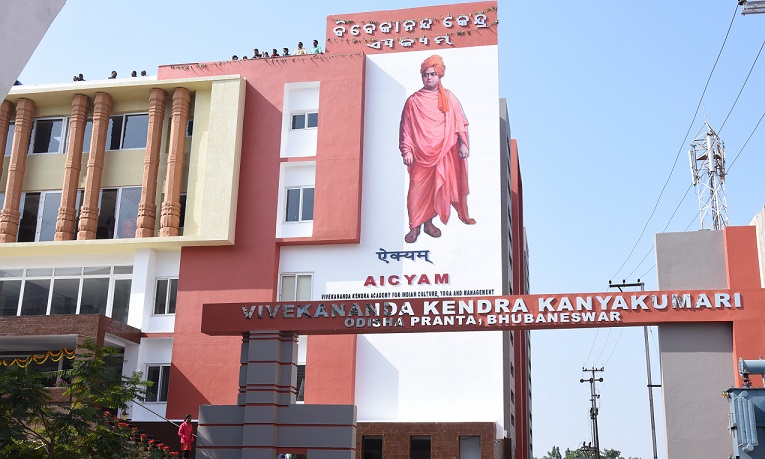 "Here and here alone the human heart expanded till it included not only the human, but birds, beasts, and plants; from the highest gods to grains of sand, the highest and the lowest, all find a place in the heart of man, grown great, infinite. And here alone, the human soul studied the universe as one unbroken unity whose every pulse was his own pulse."
- Swami Vivekananda

With an objective to bring out the underlying unity of our diverse cultural traditions and to foster better understanding and exchange of our cultural heritage, Late Mananeeya Eknathji Ranade, the founder of Vivekananda Kendra, Kanyakumari, envisaged the VKIC (Vivekananda Kendra Institute of Culture) at Guwahati, for the communities of North East Region of the country. This being the Birth Centenary year of Eknathji Ranade, it was felt that this work should also expand to India's eastern region.

The nations intense desire to pay homage to its illustrious son — Swami Vivekananda, in his birth centenary year - 1963 — found expression in a granite memorial On the mid sea rock in kanyakumari, where the patriotic monk had meditated for National regeneration on 25th— 26th — 27th December 1892. Taking contributions from the entire country, Mananeeya Eknathji  Ranade made Vivekananda Bock Memorial a truly National Monument.

In 1972 VIVEIKANANDA KENDRA, a spiritually oriented Service Mission was started as the logical second phase of the grand Rock memorial. Sri Eknathji envisioned Vivekananda Kendra as a Thought movement, to channelize the innate spiritual urge or our people into works of National reconstruction.

The Kendra with its twin objective of Man Making and Nation Building is rendering service to the Nation through a band of dedicated full time young men and women (Jeevanvrati Karyakartas) and a strong brigade of people from different walks of life who contribute their time and energy for the cause. Now Kendra has around 670 centres through-out the country. 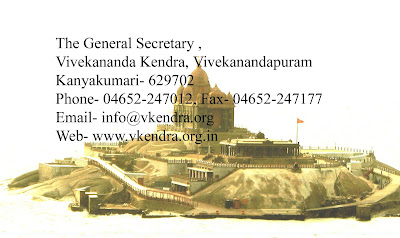